Lost in translation: How to interpret artists' engagement rates 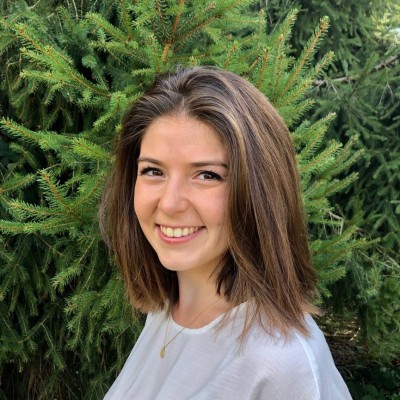 Whenever you share content on a platform, whether it’s music on a streaming service or a video in an Instagram story, your success will depend on how engaging your content is. The way people react towards what you present impacts your content strategy. So-called “Engagement metrics” are instrumental in measuring how well you are doing. In the music business, gathering an engaged community is critical, as content consumption directly impacts revenues on a national and global scale.

It’s important to define what engagement metrics are about - it’s easy to get confused on the way! An engagement metric will always be defined as a percentage. Contrary to absolute follower numbers, they provide more insights regarding how your audience behaves. For example, among all listeners of a radio you get played on, how many of them shazamed your song? Was it 0.1%, 1%, 10%? The ratio tells you how much people want to learn more about your song.

For most digital marketing activities (social media, SEO, advertising, etc.), engagement means that users will go where you want them to go: listen to your new release, read an article, watch a live stream, buy a concert ticket, etc. While looking at your engagement metrics, how can you know if the number/percentage you see is good, “can-be-better”, or just bad?

Here are a few examples of engagement metrics you must be familiar with:

Building and growing an audience is a continuous life cycle. We represented it as a snail - as an artist, you start with a very engaged small community and develop your project step by step by reaching out to new outlets.

But, no matter how many playlists or radio spins you get, you should look at the ratio between your exposure and the number of actual new streams or fans you get. If you don’t, you will likely spend time and advertising efforts on operations that don’t pay off as much as they should.
Every step of the way, you must care that your audience is engaged and that your engagement metrics are good. From the beginning, your very first followers/supporters should be reliable and support your project whatever it takes, and you should have a good understanding as to what your brand is to them. These people will make your project real and help you grow from a healthy standpoint.

Let’s talk about the relationship between your number of streams, your total number of followers, and your number of listeners. These metrics can be volatile and they are interdependent - one variation affects the two others.

To illustrate the specific relationship between these three, we will take the example of the Spotify Fan Retention ratio:

In plain English, from all the people who listen to your music on Spotify, how many follow you?

We took Spotify as an example because you can easily find any artist’s Monthly Listeners in an open/non-private way. You can calculate your own by finding these two metrics in the section ‘About’ of your artist profile.

This ratio is one of the most relevant metrics in terms of ROI. Did your digital promotion and editorial playlists work to get more fans and followers? From something ephemeral like getting a placement on a big editorial playlist, did you manage to convert listeners into followers who are interested in following your career?

The ratio can be under 100% or over 100%. There is no bad or good ratio; it depends on where your career currently stands.

Jorja Smith has about 2M followers and 10M listeners, which makes her current fan retention ratio around 20%. Her songs are featured in many large playlists, whose cumulative followers reach 50M.  Given her current activity, several releases and campaigns over the past few months, we can consider that 20% is a good and healthy ratio.

Jaycee is a very prolific DIY Australian musician. He recently finished his world record-breaking project #OneSongOneDream where from July 1st 2019 to January 1st 2020 he released a new song and music video every week for six months straight. Such commitment and growth got him under the TuneCore radar, which now actively supports his career. Looking at the above graph, it’s interesting to observe whether increased exposure (more Spotify monthly listeners) translated into follower base growth, which is the case here. Over the past year, his ratio fluctuated between 25% during peak exposure times in April 2020 (which tends to make the ratio lower) and 100%. Compared to Jorja’s, it all makes sense.

That is a particular case. Ed Sheeran broke many records and grew a very large community across all platforms. His follower base (76M followers on Spotify, 22% of the 345M total Spotify Monthly Active Users in Q4 2020) is now such that even with a lot of exposure, his followers would usually outnumber the number of monthly listeners. His ratio is likely to remain very high and frequently above 100%.

At the opposite end of the spectrum, Anissa Altmayer is starting her career. She doesn’t have a lot of songs yet in her catalog (2 EPs over the past 3 years), which doesn’t help the monthly listeners KPI, but her fans are actively supporting her no matter how many songs she posts. In her case, followers outnumber her monthly listeners, which should be interpreted as a good engagement sign from her community. When she’ll grow and get more active and more exposure, her ratio will decrease and reflect that new reality.

These four examples illustrate that an artist’s audience size is not necessarily correlated to the final ratio - it can be over or under 100%.

In summary, here are a few factors to take into consideration when analyzing your engagement ratio:

As you can guess from the above examples, your fan retention ratio will usually be under 100%, and be considered healthy anywhere between 10% and more, depending on your current exposure.

To justify this statement, we’ve built a data set composed of various French artists. Here are the panel characteristics: 120 artists analyzed, among which 70 emerging artists and 50 established artists. Career status has been determined with Billboard’s standard classification:

What does it mean when your ratio is very low?

Some artists may have a very low ratio, sometimes under 1%. It means that their songs are streamed much more than they are followed, suggesting a lack of artist brand identification. That happens when an artist is pushed at an early stage of their career into big editorial playlists with thousands of followers. Most times, the songs are being heavily streamed before the artist has time to grow his community and so get an engaged community. This is the syndrome “I know this song but I don’t know who sings it”.

This phenomenon is even more relevant with the User Generated Content era and the renowned ‘Challenges’ on Tiktok (pick a 15’ audio and dance on it), or with artists featured on specific moods playlists.

Issam Alnajjar is a young Jordanian singer who’s getting millions of streams thanks to his unique song ‘Hadal Ahbek’ - used in more than 3.3M videos on Tiktok.

His song was added to Spotify's biggest playlists: Pop Rising (2M followers), Global Viral 50 (1.7M followers), Viral Hits (1.5M)... However, he only has 156k followers on his Instagram account.
In that case, you need to work on building a relationship with your fans. In Amber Horsburgh’s words, from her guide about practical ways to build a band’s brand, “you’re building a thing that’s bigger than you and can be remembered beyond a Spotify playlist add”.

Engagement metrics are meant to be compared

You should explore the market in which your artist is developing. Thanks to music data analytics platforms, you can easily access analytics from other artists. In this piece, data is coming from Soundcharts and Chartmetric.

Benchmarks can be also very useful to put the ratio you are studying into perspective. Several solutions were built to back your benchmark when comparing artist growth with similar audiences. Here are two relevant tools:

Next Big Sound is generating weekly analysis gathering the artist audience on Twitter and Pandora. The gauge is gathering comparable audiences and pinpoints the artist’s position depending on comparable artists’ activity.

Understanding your audience is critical when building a sustainable development strategy for your artist. Engagement metrics depend on many factors that can nuance your interpretation. It’s not all about streams or followers (at least, not only!). Career stage, status, the market, all these factors influence ratios that have to be interpreted in a specific context.

However, a few things always remain the same: Healthy career development stems from working on your brand and building a strong core community.

More reading around the topic: