Why Go to Live Shows? Music Tomorrow's Report on 17 Factors of Attendance in the Live Industry 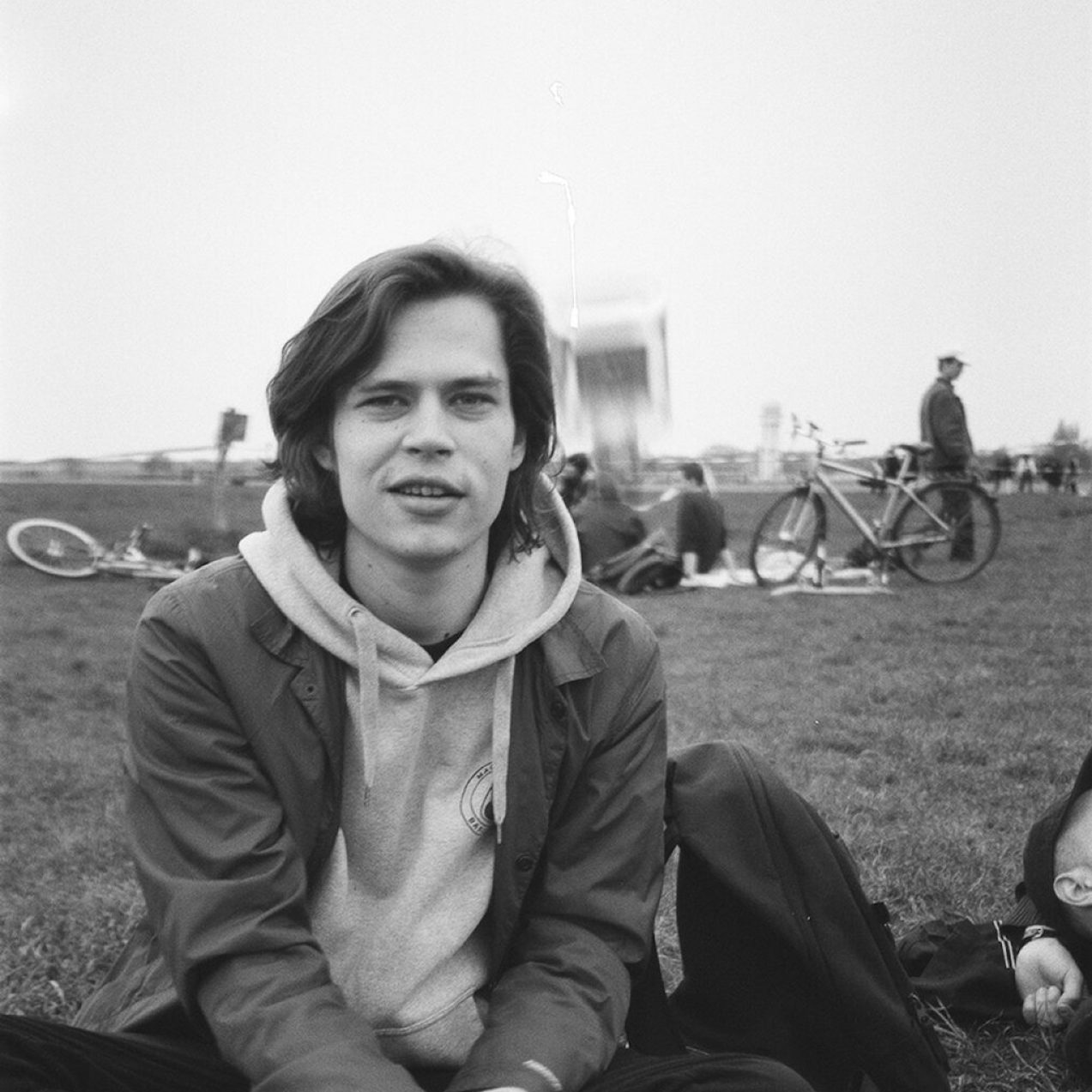 The live industry is the subset of the music business that suffered the most throughout the (some might say still ongoing) COVID-19 crisis. At the dawn of the pandemic, the live sector was hit hard and fast as countless concerts, tours, and festivals were put on indefinite hold. Thousands of professionals lost their jobs, hundreds of venues closed their doors, and most middle-class artists out there lost their primary revenue stream.

Yet, there's one good thing that the pandemic did bring to the live business. In early 2019, live music was the single "physical" vertical of the predominantly digital industry. As a result, the live sector was forced to adapt, paving the way for a new type of live music experience: from haphazardly put together live-streamed performances to meticulously crafted music-driven virtual worlds. If you haven't been living under a rock for the past few years, you probably know what I'm talking about.

Now, as the conventional live industry is tentatively starting up again, the future of these newly born formats is up in the air. Would the post-pandemic music consumer want to attend the virtual live show if the "real thing" is readily (and safely) available? The general assumption of the wider industry is that online concerts are here to stay, given their logistical convenience and the sizable investment they've attracted through the past year and a half. However, to answer that question from the consumer's perspective, we have to understand what drives people to go out to live shows and how these motivations might differ from offline to online live shows?

That is the exact question we were asked by one of Music Tomorrow's clients a few months ago. To try to get to the bottom of it, we've run a research summarizing the existing academic literature at the intersection of live music, psychology, and consumer behavior to compile an exhaustive list of attendance factors that drive people to go out to live shows. Then, we hypothesized how these attendance factors could be rendered in the context of online concert attendance. In today's article, we want to share some of the highlights from that project — and if you'd like to access the full report, alongside a ranked list of 17 distinct live show attendance factors, please go through the form below to get your download link.

How Do We End Up at Concerts?

Marketing doxa classifies music live shows as a hedonic, experiential product. In plain English, that has two implications: firstly, the value of the live show is not practical but symbolic and experiential. For most of the consumers, there are no comprehensible tangible features of the concert to speak of — you won't google the specs of the venue sound system before booking your tickets. Instead, you'll descend into the uncertain world of perceptions, emotions, and fleeting memories.

Secondly, the live show can't be tested out before consumption. The only sure way to tell if you're going to have a good time at a concert is to go out and experience it first hand — which means that when booking the tickets, the consumer has to rely on their imperfect perception of the future concert experience. These two facts have many implications for the concert-goer's decision-making process. Still, the most interesting is the fact that due to that hedonic, experiential nature of the live show offering, the motives for attending the live show would be in a constant state of flux.

When it comes to live shows, the process of choice itself is extremely situational: imagine, for example, that your significant other is asking you to go out to the concert of their all-time favorite artists. If you say yes, the only important driver of your decision is your partner's attendance. Depending on the kind of person you are, you might even actively dislike the artist but end up at their gig anyway, just to spend time with other people attending the show. Then, the opposite situation can quickly arise: imagine you splitting up with your friends at a three-stage festival so that each person can see the performance by the artist they prefer. In that case, you and your friends will sacrifice the social character of the show and focus on other aspects of the offering (i.e., attitudes towards a particular artist).

Between these two opposite examples, nothing has changed about who you are and what you prefer to see in a show (what type of music you enjoy, how you want to behave at the concert, etc.). However, the context of live show choice heavily influenced the set of your final attendance motives. And that is just the first part of the equation — even though consumer's motives can change depending on the situation, each of us still has its own unique set of preferences when it comes to what we like to see at a live show.

For each of the papers studied, we found two consistent themes for consumer's motivation for live show attendance: aesthetics (i.e., enjoyment in terms of the beauty of the sound, sight, scenery, costumes, the interaction between the artists) and experiential involvement (or transcendence, meaning the feeling of being carried away by the performance, lost in the passive observer state). We hypothesized that these two attendance motives form a dichotomy in regards to what any given consumer value in the live show experience.

An easy way to illustrate that hypothesis is to look at the long-standing convention of the venue seating arrangements. In the western world, most mid-sized venues would have two distinct sectors: a "fan zone" in front of the stage and an elevated, VIP balcony area. Now, try to imagine the average concert-goer experience across these two sectors.

People up on the balcony will most likely have an unobstructed view of the performance in all of its audio-sensory glory: the sound, the artist, the light show — the pure aesthetics of the show. Now, compare it to a fan zone experience in a packed venue: the sound is muffled by the crowd cheering and singing along, that tall guy in front of you is blocking half of your field of view, people pushing through the crowd to try and get a better view. You get the idea. Yet, a lot of concert-goers would say that this is the "real live show experience". It's much harder to appreciate the beauty of the performance, sure. But it's much easier to lose yourself in that crowd united by and absorbed in the magic of the concert experience or, if we put it in academic lingo, achieve the state of experiential involvement.

We hypothesize that aesthetics and experiential involvement create an opposition, and we could potentially map each consumer along that "aesthetics-experience" spectrum based on what they are looking for in a live show. Some want to get straight into the mosh-pit — others just want to see it all unfold.

Now, suppose we apply that concept to the online concert experiences. Arguably, the format of an online show allows to crank up the show's aesthetics to a level that can't be achieved in a traditional concert. Place dozens of cameras around the musicians, switch sets and costumes mid-performance, get complete control over the sound streamed into the viewer's headphones, etc. Yet, it will be much harder to get people to forget where they are and what they were doing before without the blood and sweat of the offline show. From that perspective, virtual concert experiences are, on average, a much better fit for aesthetic-focused consumers, while conventional live shows are better suited for the attendees looking to "lose themselves in the performance".

Another persistent theme we've derived is the novelty and variance of the performance. Concert-goers generally expect the live show to surprise them in one way or another: some are excited to hear alternative versions of their favorite recordings, others want to experience music paired with the light show and other visual components of the experience. However, some of the research points towards the fact the show's novelty is usually in a sort of inverted U shape relationship with the likelihood of attendance.

That is due to the phenomenon we've mentioned in the first section of this article: as an experiential product, live shows can't be tested out prior to attendance. The choice of attendance is connected to the previous concert experiences — and so if the consumer can't link the upcoming concert to something they've experienced before, that poses a huge problem. When the show becomes too novel and innovative — and different people have different thresholds here — the concert-goers won't know what to expect, which creates an atmosphere of uncertainty, ultimately lowering overall attendance.

That insight has a few interesting implications, especially when it comes to online concerts. First, as a relatively novel format, online shows will have a cold start problem. To assess the upcoming live stream or a virtual concert, potential consumers need to refer to previous attendance experiences. And with no such experiences to speak of, many potential consumers will disregard the offering straight out of the gate — simply because they don't want to risk their time and money with no way to tell if they're going to have a good time.

For regular conventional shows, that's hardly a problem: even if you've never been to a show in your life, the concert experience is deeply integrated into the modern culture and the fabric of the society itself. On the other hand, online live shows are just beginning to enter our lives as part of the post-pandemic "new normal". So if we are set on making virtual live experiences a long-term thing, the industry will need to ease the audiences into the novel format and build up these initial positive attendance memories. If you plan to put together an online show for your fans, make sure you go "better than real" to give them some incredible memories to revisit. A mediocre attendance experience might very well mean that a fan won't come back to see your online show ever again.

The sections above represent just a few highlights from our report on behavioral motives for attending a concert, live-show experience & the factors of consumer attendance in the context of online and offline concerts. If you'd like to access the complete research presenting a comprehensive list of 17 factors driving live show attendance, please go through the form below!